I keep coming across the error I've attached here whenever the first boss fight ends and it fades to a different screen, which unfortunately makes it so I'm unable to progress. I'm really loving the game so far and would love to continue it! 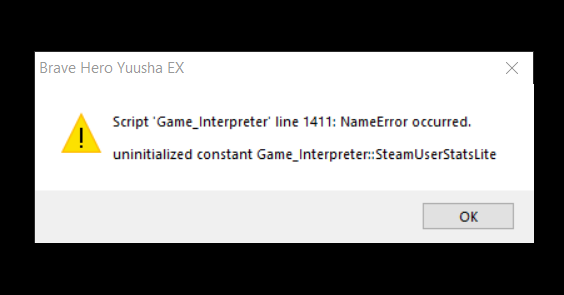 Hey! Thank you for letting me know. It seems some Steam version data was left in the most recent build that shouldn't be there. I'll get this fixed up ASAP.

For now, I've downgraded the active download to v1.1.1, which has very few differences compared to v1.1.2 and does not have this problem. I'll undo this change soon when the bug is fixed.

Huge apologies for the inconvenience! :(

No worries at all, thank you so much for the reply! I've recently been playing the Steam version and I'm enjoying it so much! You've done an amazing job with the writing, art, combat, and everything else! :)

Shoutout to this game. I loved every second of it! I've played my fair share of modern "retro" rpgs, but this has to be one of the better ones! Anyone else get the item "Story book"? :) Also Disjoined Tale 2 is such a banger.

Thought I was smart to remember about that door... 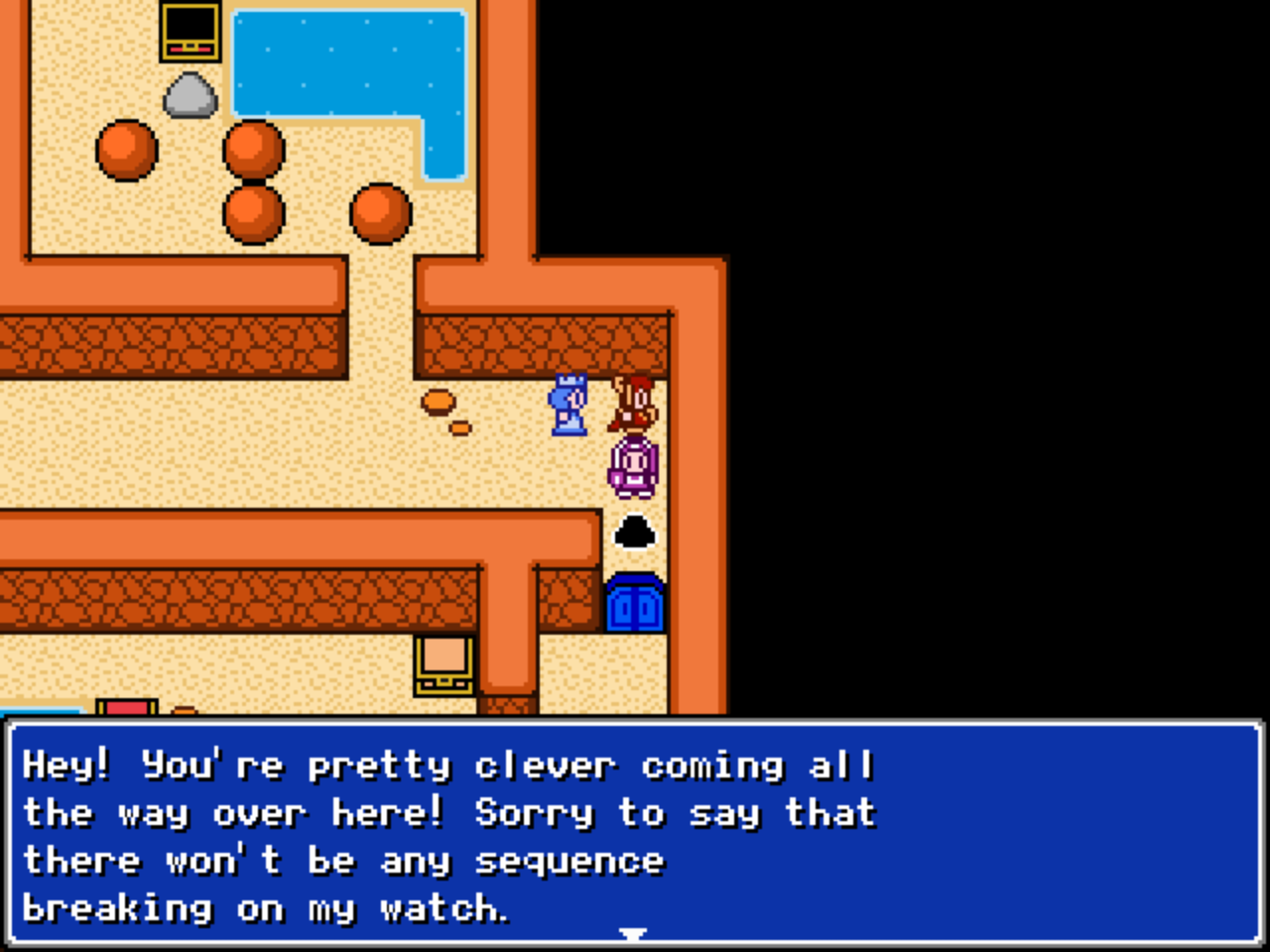 Awww... it gives something for our troubles :>

Very solid oldschool RPG by a develoer who clearly has a fond love for old RPGs as he is effortlessly subverting usual story genre tropes at pretty much every corner (that I do not want to spoil for you here) The gameplay and combat mechanics are on point and the game always adds at least one interesting idea to a dungeon or boss fight, so the game keeps feeling entertaining. This is an easy recommendation for anyone who enjoys these games as the game playing with expectations continues being very, very entertaining, while a good soundtrack keeps the spirits high. 4/5

Yay! I'm not usually a fan of the ol' turn-based RPGs, but I really appreciated the humour and the light-hearted nature of the story; it kept me wanting to keep exploring. Very glad I played this.

Awesome! Thanks so much for playing. Glad you enjoyed it! :)

I played the original Brave Hero Yuusha when it first came out, and was pleased to find this in the Bundle for Racial Justice and Equality.

Unfortunately, while I liked the original, I found this didn't really live up to the nostalgia (rather ironically). Interesting concept, but the story ultimately felt very shallow and didn't really go anywhere.

These sorts of meta-narratives always run a danger of becoming too recursive for their own good, and I feel you fell afoul of that here. The answers to the questions raised about the characters' purposes and lives felt... frankly childish, to be totally honest? The demon lord's ennui is solved by just deciding friends are important? The damsel in distress beats destiny by... shouting at it really hard? The hero's hatred of their role is solved by them deciding "What I do is meaningful," followed by... them not doing anything different than before. There is no true meta-analysis of the cultural purpose stories, and especially these mythic archetypes, serve.

Why is there a demon lord? What is he actually doing? Why do we equate princesses with reward? What is she the princess of? Why was this the story of the first Dragon Quest, and why do we keep telling some variation on it? These are the questions the story should have answered, but it didn't.

In that regard, the framing narrative didn't make much sense to me either -- I don't understand why you-know-who would become so obsessed with such a shallow story. When people become self-invested in stories, it is usually because they relate to the story in some way, but I don't see what The Puppeteer saw in this story in the first place. If he was supposed to be attracted to the love and fame garnered by the Yuusha, we don't really see any of that in the story. There is perhaps something to analyze there regarding the nature of power fantasies and gamers, particularly male gamers, to feel entitled for their labors and use vicarious affection to substitute for real... But I didn't get the impression that was the theme here.

I had also hoped for at least some commentary on fandom and transformative fiction with The Puppeteer's desire to "rewrite" the story, but I was honestly surprised by how completely the subject was ignored. Despite claiming that he wants to change the story, The Puppeteer never does so at any point after the start, and even then it is only to disrupt it. His desire to destroy the story utterly in the endgame is portrayed as a shocking twist, but... that seemed to be what he was always doing? And given the framing story, was his motivation from the start anyway? Why the bluster about "changing" the story at all?

Again, interesting concepts, but ultimately disappointing. The story is only barely more complex than the Dragon Quest it parodies, and does very little with the elements it sets up. I recommend you take a look at Sojourner for a similar game that I felt explored these themes in more depth.

Gameplay-wise, I liked the change to the final battle, but aesthetically I think I actually preferred the lo-fi charm of the original. The Puppeteer's final form in the original looked truly horrific, but I thought he was just kind of goofy here, and his dialogue was also way too coherent. I liked the sympathetic angle of him just completely falling apart and fuming incoherently in the original, but in this he's just cackling and taunting like a regular villain.

Also, and I know this is a problem with RPG Maker games in general, but magic really, really sucked. The Yuusha's regular attack frequently outdamaged Glynn's spells even when she hit a weakness. Amplify was needed to make her competitive at all, but the cost of both the MP tax and the turn of set-up still made her pretty poor on average. It might have been wiser to make it instant or a toggleable mode, like a similar ability in Jimmy and the Pulsating Mass.

Oof! Ya got me good with this one. I appreciate all the feedback and hopefully the next project will be a better experience. Thank you for playing it all the way to the end nonetheless!

this game us amazing. I love the looks of it, it brings back that 90s rpg feel, its nit ti difficult and the story is unpredictable like any game should be

Glad you enjoyed it! Thank you so much! :D

Pretty good game! The story, aesthetics, sound, everything fits well together. The game wasn't that hard as long as i kept in mind all the skills and magic i had.

Definitely enjoyed my time with this!

I cant seem to find the last key and I am at the portal in the throne room. did I miss something? because I WAS TOLD TO MAKE SURE i FINISHED EVERYTHING BEFORE ENTERING INTO IT.

Reply
A Friendly Irin2 years ago

I wanted to give some love to the dev here.  Great game aesthetic and classic style!

For those interested in the original, it is freeware so give it a go.  :)