A downloadable game for Windows

We spirits are curious things, Zero. We all have a purpose to fulfill, and each of us represents something. And I hope you can figure out what you represent, too. Guess you can figure that out while you're off putting the whole world back together.

Soma Union is a galaxy-spanning RPG that returns to the world of Soma! ...or so it would, if your planet had not been destroyed in a great calamity. As you roam through the cosmos to find the missing fragments of your home world, you'll meet a colorful cast of characters and make important choices that may not be as clear as they seem.

Look forward to the following features!

Zero is a spirit living aboard the Starship Virtue. They are a shy and reluctant spirit who doesn't cause too much trouble around the ship and is usually seen doing odd jobs. Unlike the other spirits on the Virtue who all represent an emotion or an aspect, Zero is not quite sure what they are the spirit of. Given the right task, say putting Soma back together for instance, Zero might be inclined to discover that for themself.

Reca is a spry and energetic acorn residing in the Garden Dome aboard the Starship Virtue. Hoping to become the new protector of Soma's forests once it is restored, she is always seen working hard and taking charge around the ship. It might take a few good friends to keep her ambitions in check, though.

Lumen is the chief doctor and a valuable source of information aboard the Virtue, when he's in the mood to fit the job. Not quite satisfied with his life's path, Lumen might not always seem like the most pleasant person to talk to. It takes a fair amount of trust for him to open up, and perhaps there is more to him that he is willing to let on.

Soma Union is complete as of August 2021 and is now available as a free download! We hope you'll enjoy this passion project. And hey, let us know what you think of it!

With Scripts By: Tsukihime, Yanfly, biloumaster, Zeus81, Enterbrain, V.M. of D.T., Craze, DerTraveler, Zerbu, Galv, Nelderson, Glasses. (A full list of script credits may be found in the readme file)

this was a good game! while the combat was a bit shallow and had lack of choices (restrict didn't really serve much of a point until the end-game thanks to a certain DOT ability) and it didn't test my prowess too much even on hard difficulty (i'll be trying vicious though!) that's my only issue with the entire experience.

writing was serviceable, character designs were pleasing, art was solid, and the music? absolutely stellar. i'd gladly pay whoever composed the tracks here because the music was easily my favorite thing about the entire experience. 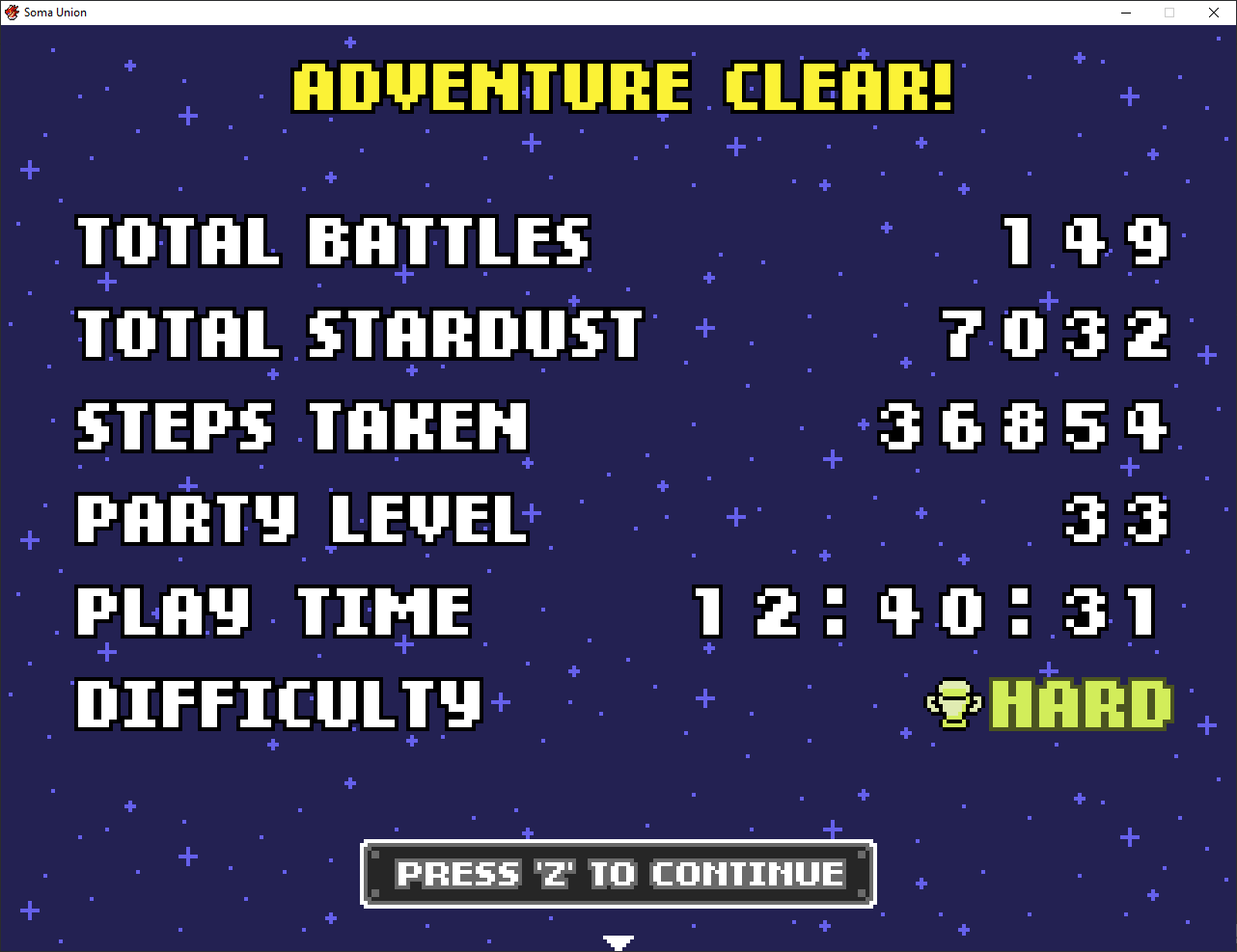 Finally finished and gosh, what a game. Love the characters! Had me invested in them and the story the whole time. The connections to Soma Spirits were really good and enhanced both stories.

The art in torch60 games is always super good and fun, and Soma Union is better than ever. Charming and lovely. Cute and endearing character and enemy designs. Music was great too! Suited the journey and set the mood for whatever was happening at any given moment very well.

I almost forgot to mention the combat! Definitely very fun and good. The different roles add a real fun layer to it. Swapping between roles mid combat to get the right moves you need at the right time and how they can work with the other party members is so good.

My favorite example is the elemental enchantments for regular attacks. An enemy is blocking magic attacks but is weak to fire? Swap Reca to support and have her enchant Zero's regular attack to deal physical fire damage.

The enchantment applying to an attack the turn it is casted feels great and made it really fun and satsifying. Applying elemental enchantments in other rpgs ive played dont feel nearly as satisfying because you have to wait for the next turn to get the attack in.

Once again a great game from a great developer.

Their best yet I'd say! Looking forward to the games planned next!

Happy to hear you enjoyed everything! Thanks for playing and sticking with it 'til the end :)

Impressive game, from the lovely story, to the beautiful graphics, to the original battle mechanics. Much more engaging than I expected. I can't wait for future projects! :D

Going to give a brutally honest review: I would not recommend playing these games.

Despite the fact that it was crafted with love, and significant  progress has been made from game to game, there's one glaring issue that just makes the games a painful chore. It genuinely kills any satisfaction the endings bring, and it hurts to say when there's so much potential.

TLDR; The characters are unlikable/unreedemable. They come off as immature, whiny, bitchy, and self-important (constantly lashing out at characters who have done nothing but help them) without any charm or redeeming qualities. You don't want to see them succeed anymore or even care if they get a happy ending. (Even if these games center around children, it doesn't cover for them being completely unlikable. There's a way of writing bad traits but still making a character enjoyable.)

The best example I could give is Reca.

She values her feelings over context and the pain Zero goes through. In the later game, she lashes out at Zero for saying that he essentially hates them and their mission, despite knowing full well that he was stuck with an evil energy that could alter his mind (she even tells him to fight it at points). Instead of blaming the literal monster energy that "infects minds and twists emotions", she takes it out on Zero, to the point where she had planned to leave the mission all together. This comes off as beyond self-important, and makes the character extremely unlikable. Even Zero protested that he had no control over it. It made me want to see her leave the party, even if it meant a bigger challenge.

Throughout these games it's been characters who lash out at their innocent friends, characters who are vain and belittling without redeeming qualities, characters who are constantly complaining, etc. When you only like one character in the whole entire game (Yuusha), there's a problem. But, in this newest game, there are more characters that are redeemable, enjoyable, and relatable; it's just become a giant hit or miss for each one.

If I had to make any suggestion, take some time to work on character writing, specifically how to make a character likable or endearing despite the flaws you give them. You've improved so much, but there is still a massive weak point that needs your attention. And I know if you take the time to work on it, you can make something amazing.

Ehhhh i disagree with this. Not liking the characters because they lash out is more of a taste thing.
Also I feel like youre partially missing the point. Reca didnt even know about the energy affecting his emotions and if she did it wouldnt matter.

Words can hurt people, regardless of if they were meant or not. And hearing your leader who youre supposed to save the world yell they hate you and then proceed to go "it wasnt me get over it guys" aint exactly going to magically fix that.

Wow! Glad to hear you enjoyed it! Thank you! :)

Completed the game today and it's really a masterpiece. Thank you so much for making this!

The only thing I would add/change: when you're Bright in the forest and you complete all the events in the cabin, it's not obvious to go under the arch and search. I had to look up a walkthrough to figure that out, I was completely stumped. Maybe add a sparkle or some visual effect once you complete everything, so it's obvious what to do next?

Awesome! So glad to hear that you enjoyed the game. Thank you for playing :)

Yeah, there's a hint on the piece of paper in the cabin about that puzzle but I think I could have communicated it a little better. If I do another update I may add something else that could make it more clear!

Interesting that there's a hint! I'm pretty sure I checked and rechecked everything (including trying to leave the map), I must have missed that somehow.

Anyone got an idea for what the Odd Key Card is for?

Spoilers :P (Just keep it in the back of your mind, in case you need it later.)

Everything about this game exudes love and creativity. The developer and his team put a lot of work into every aspect of design. If you want to play a game with a unique gameplay style that also has a gripping story, endearing characters, great pixel visuals AND a banger soundtrack, look no farther than Soma Union.

It carries on the story that Soma Spirits started, and while this game can stand on its own I highly recommend you play Soma Spirits as well. Then you will not only experience the story in its entirety but also enjoy some more references to Soma Spirits in Soma Union. As for the story itself, it is more than just your standard RPG fare. Just like in the first game, some decisions you make in Soma Union affect the development of characters in the story, and it has multiple endings for you to enjoy. This, in my opinion, not only makes for an engaging playthrough but also adds replay value.

The combat gameplay also stands out to me. Your characters never have access to all of their abilities at the same time, and choosing when to have a character in Power (attack) or Support (buff/heal) mode plays a large part of the strategy. Even in battles with regular enemies, it's important to know your opponent and strategize each time. This isn't a game where you can just keep tapping a button to win - and that goes even more so for bosses. The bosses of Soma Union are all fantastic fights, all of which have cool mechanics, and several of these I would consider unique as I've never encountered such in any other RPG. I played on Normal mode, and feel confident in saying the game is extremely well balanced - no grinding strictly necessary as long as you're paying attention to what you're doing. For those who want a bigger challenge, there's also a hard mode. And fear not - if you want to just coast along and enjoy the story and characters there are two easier modes as well!

If anyone is reading this and is trying to decide whether they want to download Soma Union, do it. It's free, so you can't go wrong - though it is absolutely worth any money you may choose to spend on it, as it is a well-polished, high quality game.

Very nice demo! The story was very engaging, and the battle mechanics were very nice.

One thing I found was that Zero could walk onto a tile where there was a counter. I think there might be a small bug: 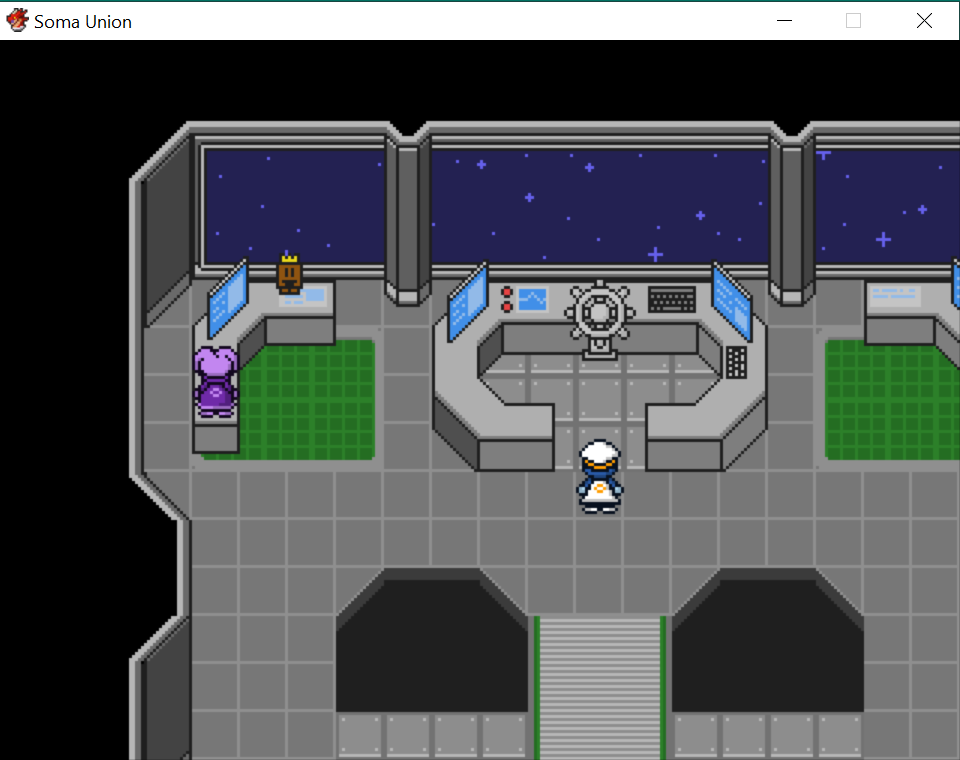 Nice! Thanks so much for playing and I'm glad you enjoyed it! I'll also get that fixed up.

No it ended too quickly, can't wait for the full release. Soma Spirits was a lot of fun and this one looks great too.

Happy to hear you enjoyed it! Hopefully it won't be a super long wait! You can read past progress report updates here. 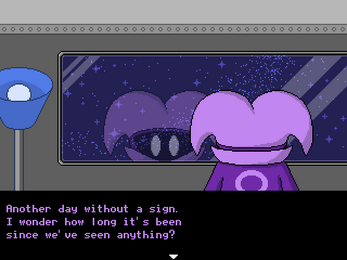 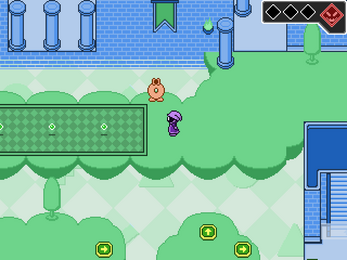 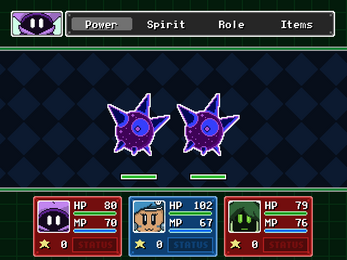 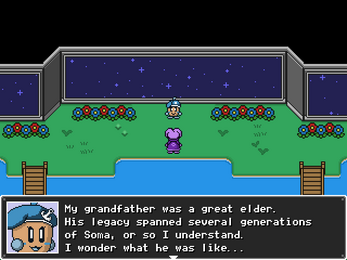